Nutrition is an essential factor in the interactions between environment and genes.

Personalized nutrition should be based on the principle that foods or nutrients can be a risk or protective factor in preventing and treating various diseases, depending on the individual's genetic predisposition (nutrigenetics) and their ability to regulate gene expression (nutrigenomics).

The biological characteristics of living organisms are coded in the genome. The genome is the hereditary material which is passed from parents to offspring and which confers the biological identity of an individual. It is made up of large molecules of nucleic acids, (such as desoxyribonucleic acids, the DNA) four different monomers (adenine, guanine, cytosine and thymine).

Obesity is a high frequency disease with a multifactorial etiology involving multiple complex interactions between genetics and the environment. The increased prevalence of overweight and obesity is a result of changes in modern societies (increased urbanization; rapid increase in available, cheap, and high-calorie foods; and sedentary lifestyles) which have a particular impact on genetically sensitive subjects.

There is considerable evidence to suggest that there are individual differences in response to physical training (i.e. fitness to train) even when subjects are exposed to the same standardized exercise regimen. Genetic factors play a role in explaining these differences.

Drinks containing caffeine, such as coffee, tea and cola, are very popular. In particular, coffee, after water, is probably the most widely used drink in the world. Caffeinated drinks are believed to relieve or prevent drowsiness and improve performance.

The overall evidence currently available on the cardiovascular effects associated with habitual coffee consumption is largely reassuring. In addition, coffee appears to have a protective effect against cancers and neurodegenerative diseases. Many of the benefits of coffee are likely to stem from its caffeine content, although other substances may play an important role in protecting health. However, inter-individual genetic differences in caffeine metabolism or caffeine effectors, such as adenosine or adrenergic receptors, are probably responsible for different reactions to caffeine consumption. Nutrigenetic interactions may place some people genetically predisposed to a higher risk of cardiovascular disease from coffee. For all these reasons, the old warning from doctors to refrain from drinking coffee is not justified for both healthy subjects and patients with cardiovascular disease. However, caution should be exercised with vulnerable individuals, especially considering inter-individual variability in response to caffeine intake.

Other pathologies such as diabetes, cancer and so many others often present genetic predispositions. The metabolisms of carbohydrates, fats, proteins, minerals and alcohol are also genetically determined.

Public health nutritional guidelines involving reference intakes and recommended dietary intakes are estimated nutritional needs, for people with no known disease. These standards aim to meet the nutritional needs of most members of a community and prevent nutrition-related diseases such as obesity, diabetes and cardiovascular disease. It is important to recognize that reference intakes are not intend for patients with metabolic disorders or other illnesses. In fact, it would be harmful for carriers of many hereditary dispositions, such as phenylketonuria, urea cycle abnormalities, hemochromatosis, and celiac disease, to follow all recommendations for healthy populations. People with additional common genetic variants are also not served well by the recommendations as some are known to cause increased vulnerability to certain foods or nutrients and others require a higher intake to optimally prevent disease. For example, two-thirds of the world's population do not tolerate high consumption of foods rich in lactose such as milk well. Another example is that of the many women who, due to their genetic disposition, need a much higher intake of folic acid than most to avoid an increased risk of having children with birth defects.

The success of precision nutrition will likely depend on the ability to integrate several factors, such as information about the individual's genome, epigenome and microbiome, and other sources of "omics" data.

Ideally, we should use as much information as possible to determine what an individual should eat and drink. To calculate a reasonable estimate of energy needs, at a minimum, we must take into account gender, age, height, weight and physical activity. In practice, we tend to assess body size and find that overweight people consume too many calories regardless of that number, and likewise with obvious underweight. It's not that easy for minerals, micronutrients, and bioactives. We cannot look at customers and conclude that their folic acid intake is too low. Of course, we will question their consumption of the main sources of folic acid (dark green vegetables, oranges and legumes) or even conduct a full assessment. However, we still won't know how much of these folate-rich foods they need. The availability of genotyping can overcome this difficulty. An interesting feature of genetic information is that it does not change and a single scan lasts a lifetime (of course, this also means that this potentially sensitive information must be carefully guarded for an equally long period of time).

The development of dietary goals should be viewed more broadly. The nutrition professional must decide what best meets the individual's dietary needs: what type of diet (Mediterranean, vegan, etc.), which food groups to include or exclude (more green vegetables dark, gluten-free foods, avoidance of pork, etc.), macronutrient balance (low-carb, low-calorie, etc.), individual amounts of nutrients, a range of bioactives (docosahexaenoic acid, eicosapentaenoic acid, lycopene, flavonoids, etc.), as well as food supplements if necessary. Genetic information can help set goals in all of these groups. The final challenge is then the actual advice. This should include general behavioral advice (limit snacks, eat breakfast, avoid late-night meals) and general guidelines (eat more vegetables, avoid salty foods, limit saturated fat intake. ), down to very specific suggestions, detailed meal plans, and which dietary supplements fit or don't fit that person's profile. It is difficult to compose a pleasant and well-tolerated mix of food combinations that meets all of an individual's requirements, preferences and intolerances. Combining a moderate number of targets can usually be done by experienced professionals. Getting the preset calorie count with enough protein and vegies and not too much saturated fat or sodium is one of the easiest exercises. But adding to the mix the need to get that extra amount of folate or to avoid too much iron due to an innate tendency to accumulate iron stretches our skills. 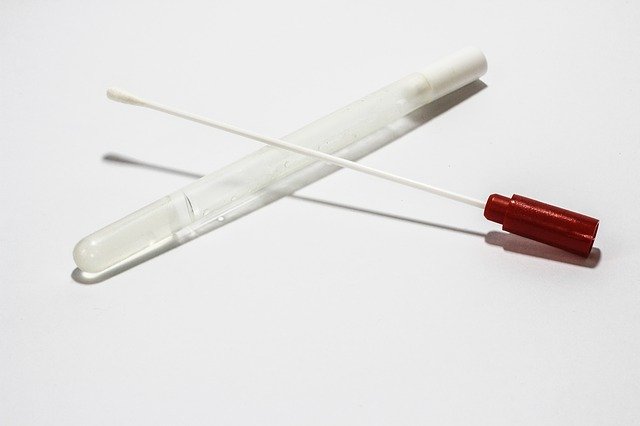 2. Saliva sample sent to the laboratory for genetic analysis

3. Genetic analysis of the saliva sample